Dads have it Easy(er)

A friend of mine asked if I was interested in going with him to a seminar titled "Helping Men Become Better Dads." I had a look at the website, which is here, and decided it was worthwhile for the price of admission (plus you got a drink and a fairly decent snack!)

So I couldn't see too many downsides. Men want practical tips that don't take too much effort - it was also a chance to legitimately get out of the house and away from the wife and kids ... 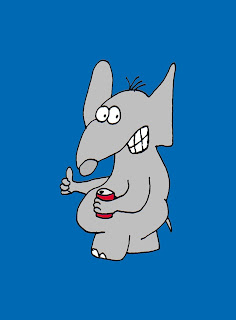 But seriously, blokes (defined as your ordinary no-frills man) want things to be kept fairly simple, and not too touchy feely ie. no man hugs. This seminar hit all those marks. It was great to see the diversity in the Dads - white collar, blue collar and everything in between - there were no stereotypes - just a group of guys wanting to be better Dads.

We also received a 40 page booklet small enough to fit in your back pocket titled, "The Blue Book of Tips for Fathers and Father-figures". Just by implementing a few of the very practical tips in this booklet, a Dad can go from useless to being ahead of the pack (and for the single Dads, or the really bad husbands, this may also attract the attention of some of the Mums). 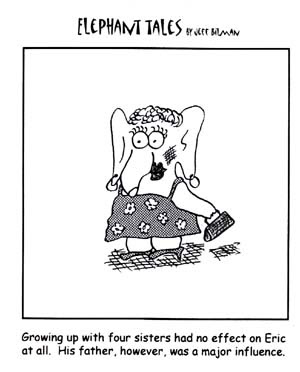 My Dad would be mortified if he saw this cartoon. Of course it's not true. I, however, did once dress up as a girl - but it was all my sister's doing. I was about 10, and for reasons I can't remember she put me in a very nice pink one-piece dress, a wig and some horribly large sunglasses (that might just be back in fashion). We went over to my Grandmother's house and apparently fooled her into thinking I was one of my sister's friends. Did I really fool her? I can't be sure. My Grandmother only spoke Polish and I barely understood a word she said. For all I knew, she was probably saying, "Stupid boy, get out of that dress, or you'll turn into a homosexual."

The truth in the cartoon is that Fathers, or Father-figures (uncles, grandfathers, coaches, etc), have a profound effect on children - this is what we are told and I'm not going to argue. To quote from one of the information brochures:
"The Link between good fathering and the outcomes of children is so
strong that it is estimated that if all Australian fathers spent an extra five
minutes a day with each of their children, $5 billion per year would be
saved in the areas of law (less juvenile crime), health (less drug taking),
education (more engaged) and industry (greater productivity)."  (1)

Assuming you can transpose these Australian figures across the world (or at the very least to Westernized countries), then these statistics are staggering. 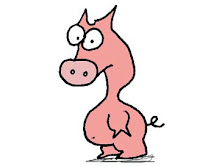 What is that look? Are you staggered, bemused, unimpressed?

Let me just say this ... I've come to believe my own Dad is a great guy. I know that he loves his own children and grandchildren as much as I love my children. But growing up, as a kid, I didn't know that.

I'm going to generalize here - The 70's Dad seemed to be almost stereotypical - the unemotional bread winner. The Father was the guy who went out to work - often before you woke up - came home in the evening, then put his feet up to watch a bit of TV with a couple beers before it was time to go to bed and start the routine all over again. Generally the Mum did all the other "stuff" ie. parenting.

The first time I really knew just how much he cared was when I was about 15. We were at a Christmas function for his work and I was speaking to one of his apprentices (who was about 18). He told me what a great guy my Dad was. I was a little surprised. Then he told me how proud my Dad was of me - how Dad was always talking about me at work. I was floored.

You see, it would have been nice to have been told by Dad himself. But he was a 70's Dad. I know for a fact there was a lot of them around.

Page 1 of the "The Blue Book of Tips for Fathers and Father-figures" says "tell your kids you love them often". That's a pretty easy thing to do - especially if you start when they're young. And it's not the 70's anymore.

Why Dad's have it Easy(er)?

Okay, again, I'm generalizing, of course. But let's face it - when it comes to parenting - the women still do the majority of the work - and with less of the accolades.

Mum comes to school to pick up the kids - child saunters over to her, "Oh, hi, Mum."

Dad comes to pick up the kids - child sprints with joyous grin on face, "DADDY!"

Put simply, and I don't know why, but the Dad doesn't have to do all that much to get the adoration of his children. Sometimes I feel a little guilty even ... but only a little.

There's so much more I'd like to say on this subject but, for now, if you're interested I'd direct you towards the The Fathering Project website, or there are many other good websites that offer advice to Fathers or Father-figures. I'm already using a few of the tips I learned - I don't know if my kids have felt the difference, but I certainly have.*